About Tony Norgrove and Julie Norgrove

“Julie and Tony Norgrove are gifted spiritual entrepreneurs whose metaphysical adventures guided them from the central desert of Uluru to the southwest town of Denmark to open their business, The Sacred Tree. This is their story.” 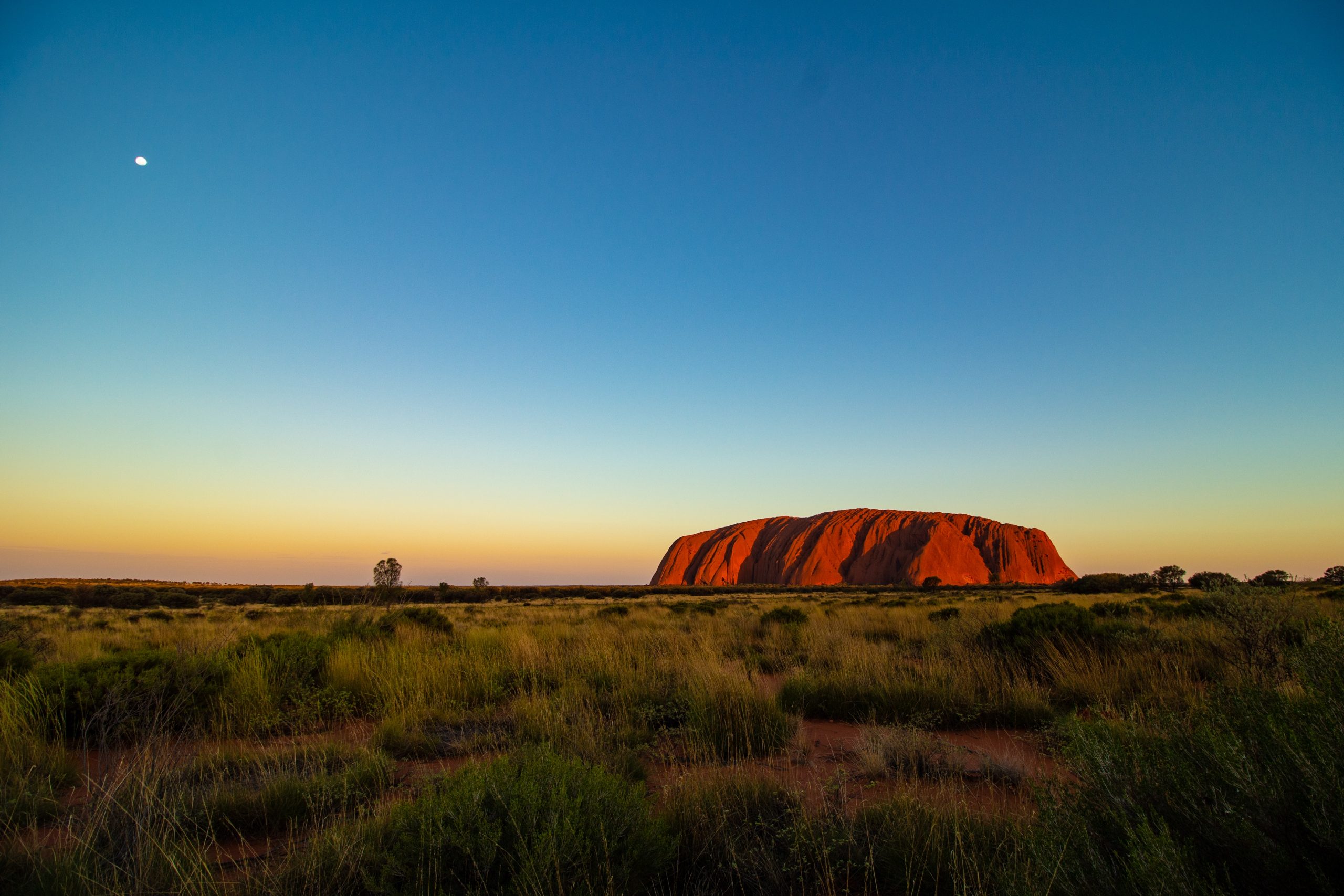 Tony’s connection with his spirituality began in his late teens when regular nocturnal visits by an old Indian Chief would soon become the norm.

“I was never afraid, to find in the middle of the night, this kind gentle soul smiling enigmatically towards me from the corner of my bedroom. Soon ‘White Feather’, as I discovered his name through meditations soon afterwards, would also bring his favourite white pony, they were inseparable. I quickly realized that ‘things’ weren’t as they seemed. I was then introduced through these familiar experiences, to “the world of spirit“.

Tony’s mother had just recently become friends with a local spiritualist church medium called, Edna. Edna swept Tony under her wing, when she saw his keen interest in the weekly Sunday Overhead Readings. Edna brought Tony on to the next stage of circle work and weekly training sessions, preparing him for future ‘platform work’. This he enjoyed for many years, before travelling overseas to see the world.

Tony used this opportunity to travel to over 48 countries, revisiting past life connections he experienced including Egypt, Israel, Turkey, Africa’s Eastern Coast, UK and North America. Eventually he returned briefly to NZ, for a few months before being called to Uluru in Australia.

Tony recalls when he met Julie, his twin flame/soul mate from lives and dimensions shared beforehand, on the 8.8.88, at 8 minutes past 8!

“It is time to honor our Mother Earth, time for us to step into our co-created dream of the New Earth. Put simply it is time to ‘Wake Up’, time to be healed of our scars, our wounds, time to heal our Mother with our respect and Love for her. In other words, I believe this is the foretold time of Self Mastery and Stewardship, both of self and the planet.”  ~ Tony Norgrove, Clairvoyant

At Uluru, Tony ‘s connection to the indigenous people of Australia was cemented through his friendship with local Elder, Bob Randall. Tony began to take tour groups to the centre to learn from ‘Uncle Bob’.

Other highlights included 'many' Extraterrestrial encounters beginning in 1988 with Tony channeling a group , The Galactic Federation, who would came through on a regular basis (and still do), and a ‘chance’ meeting with 3 Lakota Sioux Sun dancers from Arizona, travelling around Australia with their Thunder Drum. He, Julie and Jay were privileged to be included in a Sacred Pipe Ceremony. 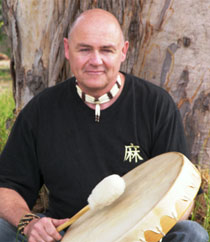 Julie was inspired to take up playing the Native American flute and she now sells the flutes and conducts flute circles. “The flute came into my heart with its haunting melodies. A remembrance of who I really am emerged and continues to do so. I play from the heart, inspired by both nature and my 15 years of living in the Great Red Desert near Uluru.”

Tony found a need for like-minded people to come together, so weekly community meditations followed from his Healing room at The Sacred Tree. Tony continues to speak to and frequently channels ‘other worldly beings’, including representatives of The Galactic Federation, clients Spirit Guides, Passed on Relatives, and Angels.

From their Gift shop ‘The Sacred Tree,’ Tony assists client’s healing experiences through using an Aura Camera. The images reveal blocked or damaged chakras, often resulting from trauma of some kind of action which can be repaired by re-opening these vital energy portals.

Earth healing is also something Tony and Julie are called to do, clearing and healing the land. Tony has developed a unique form of Core Shamanism through his Cherokee Guide, White Feather.

Opening to your clairvoyant gifts has to do with DNA activation of encoded cellular memories, through the pineal gland, activation of your chakras, raising your frequency, balancing your energy bodies, your self esteem, the ability to trust in what you 'hear' and 'see', your emotional state, and expanding your knowledge base in all areas of physical reality. Tony connects to this 'Divine Energy', connected to each person and will either channel messages or directly communicate with your higher guidance. He works with the highest realms, the God within you and the Universal Law, to bring information and insights relevant to this time of your evolution on Earth. Healing and clearing low energies from your blueprint. Clearing the way for Light and Love to come in. Humanity has returned to an age of enlightenment in which we are all activating our DNA codes to discover who we are and why we are here. Clairvoyance is part of our total experience, the spiraling evolution of consciousness through the alchemy of time.

Tony came to Earth to bare testament to 'The coming of Ages', the foretold quickening of Consciousness , or Ascension, as some know it. Born clairvoyantly sighted, I am the eyes by which I may support in others their 'ripening', by seeing all that which from Astral would effectively sabotage for many the Ascension, the change they have long been thirsting for. To quench others 'thirst' Tony can shield, clear ancestral curses, re-build vital lost soul fragments and initiate your 12 strand DNA activation, remove implants, lessoning the typical Ascension Symptoms indured by all and show you how to do it for other people. The Arcturians have connected with us all our married life, have transcripts and now facilitate DNA activations, shields and electromagnetic cocoons for our 'activation suits of armour.'

Julie always felt that she had the light with her and that the light assisted her in her meditations to see life clearly. She went through many transitions and tribulations which assisted in her growth.

In 1984 she had direction to move from Adelaide to Uluru , in Central Australia, where her creativity was awakened. She wrote poetry and spent a lot of time in the red desert, day or night. She began feeling a beating from the earth that resonated with her being and felt right. Not knowing where her life was heading, Julie was living day to day and loving it. 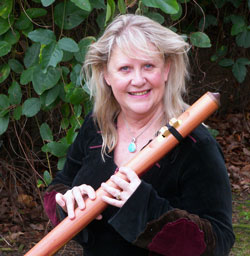 On 8.8.88 the adventure changed when Julie was introduced to Tony, who had come over to Uluru, from Auckland, for a reunion party that night. There was an instantaneous soul connection and telepathic messages were going back and forth between the pair.

A strong bond was formed. From there Tony and Julie moved back to Adelaide, due to the passing of Julie’s mother. When Julie discovered in 1989 that she was pregnant, they moved to Kangaroo Island, to live out in the bush. Here the family of three settled into a new life; living simply, making dream catchers, smudge fans, crystal wands, and medicine shields that Julie would paint with different animals, birds and insects. Tony meanwhile was making rocking horses, doll houses and wooden rainbows which they would sell at the markets or shops in Adelaide and on the Island.

In 1993 Tony and Julie moved back to Uluru again for yet another adventure. Many magical times were spent there; taking meditation and drumming groups out into the red desert, spending time with the Aboriginal community at Inmas's and Corroborees, breathing in the fresh night air, sunsets, sunrises, camping and lots of open fires. Here Julie developed her range of desert inspired jewellery utilising sterling silver, gemstones and seeds.

After 10 years they felt it was time to move back into mainstream society. But where to go? Each year Tony and Julie would go on holiday to Western Australia. This time they went to Denmark. As they drove through the towering trees, the entrance to Denmark, they fell in love with the area and the mist of light surrounding it.

As they departed Uluru and the Great Red Desert for the last time in their old white ford falcon Oct. 2001, they both noticed in the back seat, a guide they hadn’t met before who was coming along with them for the ride. Her name was Min Min and she was a wonderful Aboriginal Woman. On the side of their car was painted a Rainbow Serpent and they were told to take it with them to Denmark where it would live in a waterhole near here.